History of the Ketogenic Diet

Originally popularized in the 1920s, the ketogenic diet as an alternative to non-mainstream fasting as a therapy for epilepsy.  But the diet fell out of favor with the development of anticonvulsant therapies.   However, it was eventually learned that 20%-30% of epilepsy patients failed to respond to the new anticonvulsants.  So for this select group, and particularly children, the ketogenic diet was re-introduced to manage seizures. 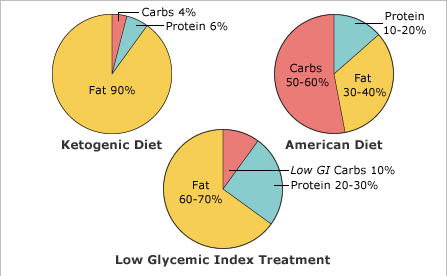 For thousands of years, dating back to the early Greek physicians, fasting as a treatment of disease was practiced.  In the treatise “On the Sacred Disease” printed in the Hippocratic Corpus, detailed how dietary alterations could play a role in managing a patience epilepsy.

However  modern scientific study did not examine fasting as a cure for epilepsy until 1911 in study conducted in France.  At that time an alternative for the use of potassium bromide as a treatment was being sought since it had the undesirable side effects of slowing mental processes in patients.  In one study 20 epileptics were restricted to a low calorie diet, primarily vegetarian.  Compared to the potassium bromide treatments, the diet improved the patient’s mental abilities, and in at least two patients, significantly reduced their seizure episodes.  However, most patients found it difficult to stick with the strict vegetarian diet, which diminished the results achieved.

During the early 20th Century, Hugh Conklin, a student of  osteopath Bernarr Macfadden, reintroduced the idea that fasting could be an effective method for controlling epilepsy.  He theorized that epileptic seizures could be caused by toxins secreted in the intestine and fasting for 18 – 25 days could dissipate those toxins.  He placed patients on ”water diets” which resulted in a seizure-free out come in 20% of the patients, while 50% demonstrated measurable improvement.  Fasting therapies quickly were adopted as part of mainstream therapies for epilepsy.  The water diet methodology was improved by Dr. McMurray and described in a 1916 publication in the New York Medical Journal.  Dr. McMurray’s modified treatment put patients on a fasting regime followed by a low-carb diet free of starch and sugars.

Biochemical analysis in 1921 by endocrinologist Rollin Woodyatt showed that water-soluble compounds, including acetone, β-hydroxybutyrate and acetoacetate, or “ketone bodies” were produced by the liver as a result of a diet rich in fat and low in carbohydrates.  This condition of “ketosis”  is typically pathological in conditions such as diabetes or as a consequence of a very low carbohydrate intake.  These studies led Dr. Russel Wilder from the Mayo Clinic in 1921  to coin the term “ketogenic diet” to describe a diet low in carbohydrates and high in fat where it was adopted as a mainstream for epilepsy. 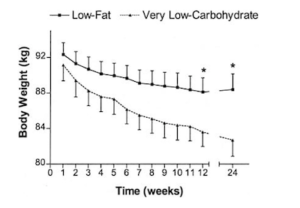 As research continued through the 1960s it was shown that per unit of metabolic energy more ketones can be produced by medium-chain triglycerides (MCTs) because they can be transported quickly to the liver.   This led to a modification of the ketogenic diet in 1971 in which approximately 60% of dietary calories came from MCT oil.  Since MCT oils offset such a large portion of  calories, the other 40% could come from food ingredient higher in protein and carbohydrates and allow more enjoyable meals to be prepared making it more palatable to adhere to for patients.  The MCT modified ketogenic diet quickly was adopted by many hospitals for patient therapy.

The mechanism behind weight loss with the ketogenic diet is gluconeogensis.  Gluconeogenesis (abbreviated GNG) is a metabolic pathway that results in the generation of glucose from non-carbohydrate carbon substrates.  Hence a low carb high fat diet forces the body into a state of ketosis in which fat is metabolized in preference to carbohydrates resulting in rapid weight loss.